Yoshitomo Nara: Greetings From a Place in My Heart at the Dairy, Bloomsbury 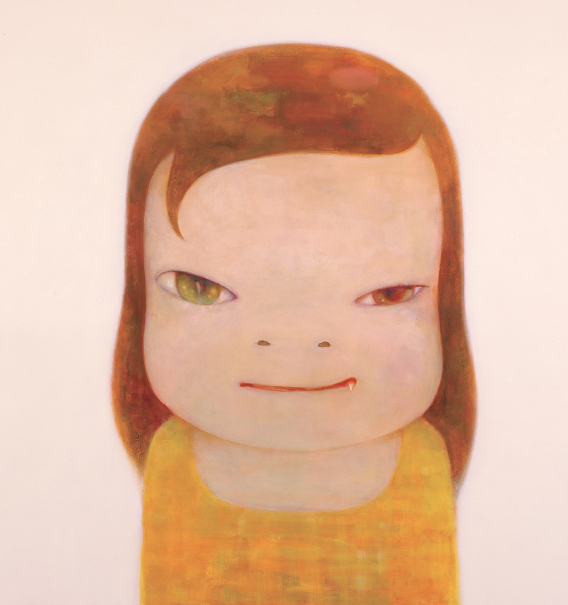 Yoshitomo Nara is an artist whose work blends the naivety and mischief of children.  At the Dairy in Bloomsbury, he's showing his distinctive paintings along with drawings and new sculptures inspired by the recent nuclear accident in Japan. His style and subject borrows largely from cartoons, particularly the winsome nature of Japanese ‘Animé’. Children stare directly back at the viewer with exaggerated features, particularly glossy, sparkling eyes in mismatching colours that sometimes incorporate symbols such as the nuclear disarmament sign in ‘Wish World Peace’. Mouths are tautly drawn in a horizontal slash and the nose is plainly described with two nostril dots. These children project the confidence of adults, but maintain infantile features. It is a disarming contradiction that Nara exhaustively repeats, setting up a tension without resolution throughout his work.

This innocence is overlaid with an ironic maturity. Defiance characterises these intense figures, which fill the paintings with brooding petulance. For all of their inherent charm, these characters project a disobedient fury. Sometimes Nara will overlay the works with text such as ‘Fuckin’ Politics! and ‘Rock’n Roll The Roll’ which suggest an anarchic negation rather than a programme for revolt. Music’s role as a means of self-expression and liberation is a recurring theme.

One room is devoted to Nara’s drawings over three decades, which upstage both the paintings and sculptures with a direct simplicity. They operate as an autobiographical record of work, travel and feeling. Any calculated charm in Nara’s more commercial work appears ineffectual and repetitive in comparison with these authentic and lively sketches that come to life as part of a larger exhibition installation.

A fountain of stacked plastic babies crying a cascade of real tears illustrates Nara’s propensity for theatricality. While some of life’s grittier challenges are alluded to in the exhibition, Nara’s art veers dangerously close to whimsy with an almost Victorian reverence for childhood as a place of emotional sanctuary and nostalgic retreat for adults. 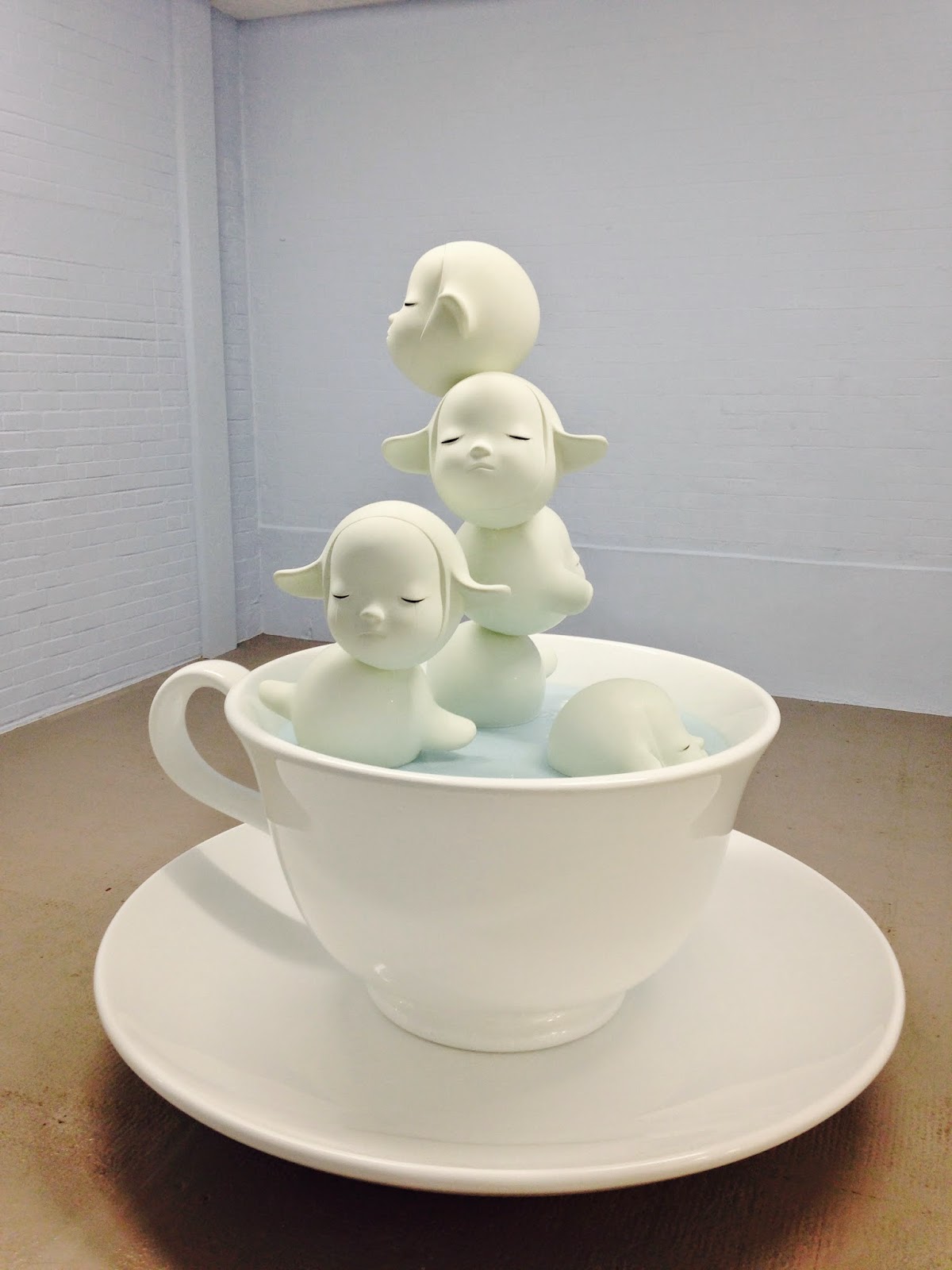 Labels: Greetings From a Place in My Heart, The Dairy, Yoshitomo Nara